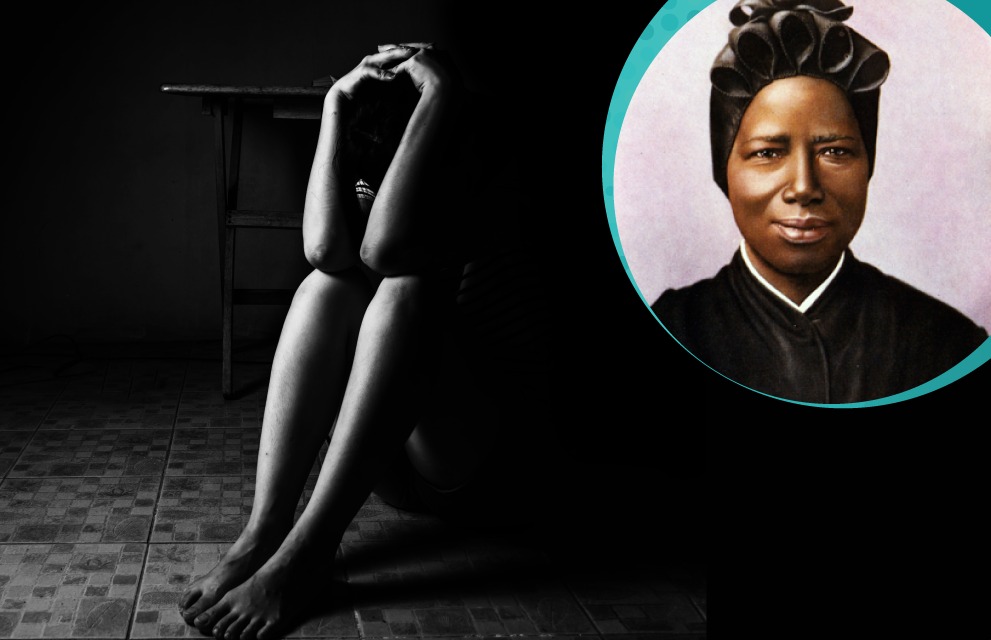 On this World Day Against Trafficking in Persons, as organizations, governments, and individuals all over the world pause to rededicate themselves to their anti-trafficking goals, it is important that we listen to the stories of survivors and let them guide us in our work. To this end, we invite you to learn more about the life of an extraordinary trafficking survivor from history.

Josephine Bakhita is the Patron Saint of Human Trafficking. She is a shining ray of hope for human trafficking victims and an inspirational demonstration of how a victim can recover from their trauma and become whole again. Her story is noteworthy. Yes, she is a Catholic saint, but her story can serve as an inspiration to all, no matter what their religious beliefs may be.

Josephine Bakhita was born around 1869 in Sudan. We do not know her exact birthdate, but we know that she was born in the village of Olgossa, which is near Darfur, Sudan. She had brothers, sisters, and loving parents.

When Bakhita was seven or eight, Arab slave traders kidnapped her and sold her into slavery. She was sold not just once, but multiple times. Her owners named her Bakhita, Arabic for lucky or fortunate. After the years of trauma that she endured, she did not remember the name her parents had given her and went by Bakhita from then on. This ironic new name did not describe the brutal and humiliating treatment Bakhita received on a daily basis. It does, however, foretell and describe her later life.

Bakhita lived and worked in various locations in Africa until an Italian consul bought her and moved his family back to their hometown of Schio, Italy. Bakhita became a nanny for her new family, and she and her young charge lived at the convent run by the Canossian Sisters in Venice.

Bakhita’s Life as a Free Woman

Bakhita wished to stay in Italy when her owners readied for a relocation. The Canossian Sisters went to court on her behalf and helped her obtain her freedom. For the rest of her life, Bakhita remained in Italy and lived as a free woman. Bakhita converted to Christianity and was baptized and confirmed in 1890. Josephine was her confirmation name. She became a Canossian nun in December 1896 and remained at the convent for another 42 years.

Despite the terrible things she had endured, Bakhita dedicated the rest of her life to serving God, her fellow sisters, and mankind; she was a much beloved, respected member of her community. Children and adults alike flocked to her, enjoying her good heart, good nature, good works, and her love of people.

Although Bakhita never learned to read and write, she became well versed in scripture and told her story, which became her astounding biography. She passed away on February 8, 1947.

In 2019, Pope Francis drew attention to the scourge of human trafficking on Saint Bakhita’s feast day and called upon government leaders worldwide to intervene and stop the trafficking of persons. The Pope prayed to Saint Bakhita and asked that she intercede and assist trafficking victims.

Despite the trauma that Bakhita endured, she was able to find direction and value in her life, which can serve as an example and a solace to all who suffer, especially those who have been exploited. Faith can be an important component in the road to recovery for many survivors, as was the case for Bakhita. Her own story, in turn, can serve as a balm for others.